It happened 1½ months after we had arrived in the Bay Area from NYC for me to take a job at UC Berkeley. I had been in earthquakes before. My newlywed husband, being the staunch New Yorker he was, hadn’t been.

October 17th is my birthday. I was in bed with a terrible cold, high on cough medicine, watching the World Series. Jeff was in his studio. We lived in what had been a former GM factory. It was on International Blvd and 105th St – the last street of Oakland before San Leandro started. In one direction there was super Crackville, in the other, whitebread America. We felt closer to Oakland’s troubles after spending a decade in NYC.

Our 2000 ft. loft was one of twenty built in one wing of the building. Jeff had his studio at the very end of another wing– same size, but undeveloped. He used to ride his bike within the building to get there.

When the quake occurred, Jeff saw 40,000 feet of 3-foot-diameter concrete columns do the hula dance. Then he ran to get under the only door jamb, and it fell apart as he grabbed it.

Afterwards, he rode his bike back to me and declared, “We are going home!!!”

That is when I realized that the amount of trauma you’d experience was completely tied to what you had witnessed visually. Our windows in the loft were tinted, and of course the cough medicine helped too. The combination of lying in bed, only seeing the sky and of course the tranquilizing, otherworldy effects of the cough syrup gave me a unique vision, one that was the complete opposite of Jeff’s.

After weeks of my coaxing we did in fact stay in California.

I was a courier, driving the bay area, for the Fuji lab in Anaheim. My route started at SFO and ended at OAK.

On that afternoon, I was driving home after delivering the processing orders at the airport. I took the normal route back up 880 through the maze to reconnect with 80. I was on the Cypress Street overpass, on the bottom level. I didn’t have a clock built in to the car so I carried around a travel clock. As i was sitting there, not moving in bumper to bumper traffic, I looked at the clock, it said 4:45. It took like 15 minutes to complete the drive through the maze and I as I approached the Richmond San Rafael bridge, the earthquake struck. It felt like I had a flat tire. cars were pulling over, all around me, but i kept driving. 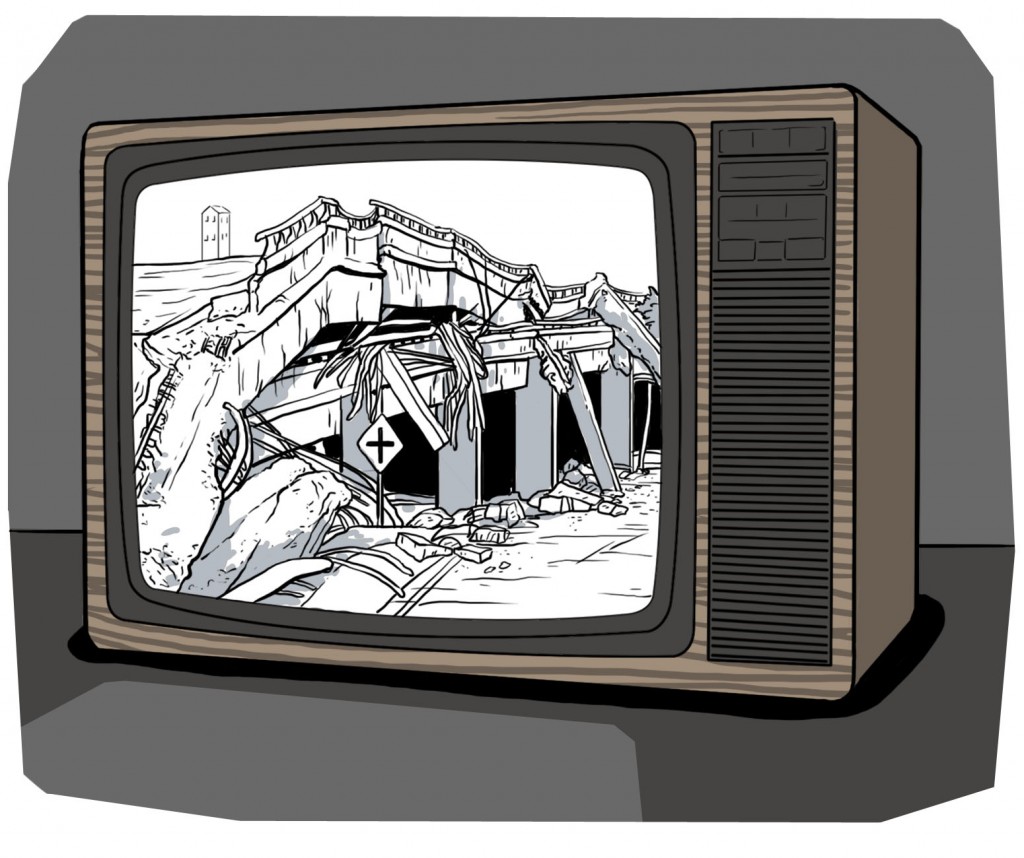 When I got home, my mom and my sister informed me that there had been a big earthquake. I turned on the TV and the first images I saw were the Cypress Structure flattened and the newscaster was guessing 40-60 cars had been crushed under the fallen overpass. My knees buckled and I felt faint. I fell back on the couch and almost threw up. I couldn’t believe what i was seeing. It was so heavy.