I used to work in the Bay Area, often running the Cypress structure top and bottom, but in 1989 had been working in the North Bay Area for 2 years. I was working on a Victorian home salvage project in Valley Ford, and that day, I had removed much of the cross bracing under the house to replace dry rotted timbers and had a carpenter under the house adding bracing back as I jacked the house up to level it in sections.

When the earthquake hit, it was just as my then-GF had stopped by to bring me lunch. She and I both were rocking back and forth walking toward each other, wondering what was going on. My carpenter under the house yelled to me to stop jacking up the house and I yelled back to him, “It’s not me, it’s the whole world, get out of there!”

I looked out the window to see him darting out from the access panel and looked along Hwy 1, and the power poles were stirring and the hills were rolling. I about threw up, as did my GF.

We all got clear of the house and turned on the radios in our vehicles. Needless to say, I braced the house from the outside and left to see what had happened back in my city of Petaluma.

Late that afternoon, I set out for SFO to meet some friends arriving from New York. I decided my car needed to be washed so it looked good for them.

I stopped at the No Touch car wash at Divisadero and Oak Streets. My car was soon moving through the “wash tunnel”. At this place, you could go inside and watch your car through a glass window, which I did. Two SF policemen were standing next to me. Apparently, at that time, the SFPD had a contract to get cars washed there. Suddenly, one of the policemen swayed into me and I was momentarily offended. Then I realized we were in an earthquake.

A lot of car stuff fell off the shelves and the manager said to go outside. The power was off and my car was inside, covered with soap. The manager told the staff to drive the cars out and the cashier to refund everyone. He then told the staff to take a hose and rinse off the soap. The staff was so nervous that they weren’t hitting my car with the hose water. I took the hose and completed the rinse.

Not knowing what to do, I decided to go to SFO. I got into the pickup/drop off “horseshoe” road and the traffic all but stopped. It took me about 35 minutes to work my way around and get back out to the freeway. No cell phones then. I had no choice, but to try to return to my home in Mill Valley.

I got onto 19th Ave where the traffic was bumper-to-bumper and the stoplights not working. Students from SFSU attempted to direct traffic, which only made matters worse. My car was standard shift. It took me about an hour and a half to get back to Marin by which time my leg ached from endless clutching. That was the worst traffic jam I have ever been in. One lane of Park Presidio, just before the MacArthur tunnel had sunk and it was reduced to one lane. I remember seeing AC Transit buses, which seemed so odd to me. Of course, they couldn’t use the Bay Bridge and were heading north to try to get across the Richmond Bridge

When I finally got across the Bridge, I pulled into the vista point to look back at the City which was completely dark except for two things – the fires in the Marina which were my first real recognition of how serious this was and little islands of light here and there. It took me a while to realize that they were the hospitals that had emergency power.

My friends called me the next morning and it turned out that they had come within a few hundred feet at SFO. Their flight landed almost at the moment of the earthquake and they were told to move through the terminal and outside as it was thought there was a danger of the terminal collapsing. Without their luggage, they made their way to a rental car area and somehow got a car. Thinking it would be dangerous to try to go to the City, they drove south on 101. They began stopping at the big hotels and couldn’t find a room. They finally got to the San Carlos Howard Johnson. They asked the desk clerk if there was a room and were told, “I only have one left”. My friends said, “We’ll take it.” The clerk, still nervous about all that had happened, automatically said, “Smoking or non-smoking?” My friends stared at each other.

I drove down to meet them. They returned their car and picked up their luggage.

I so wish I had had a camera that night. Today, I would take dozens of pictures with my phone. 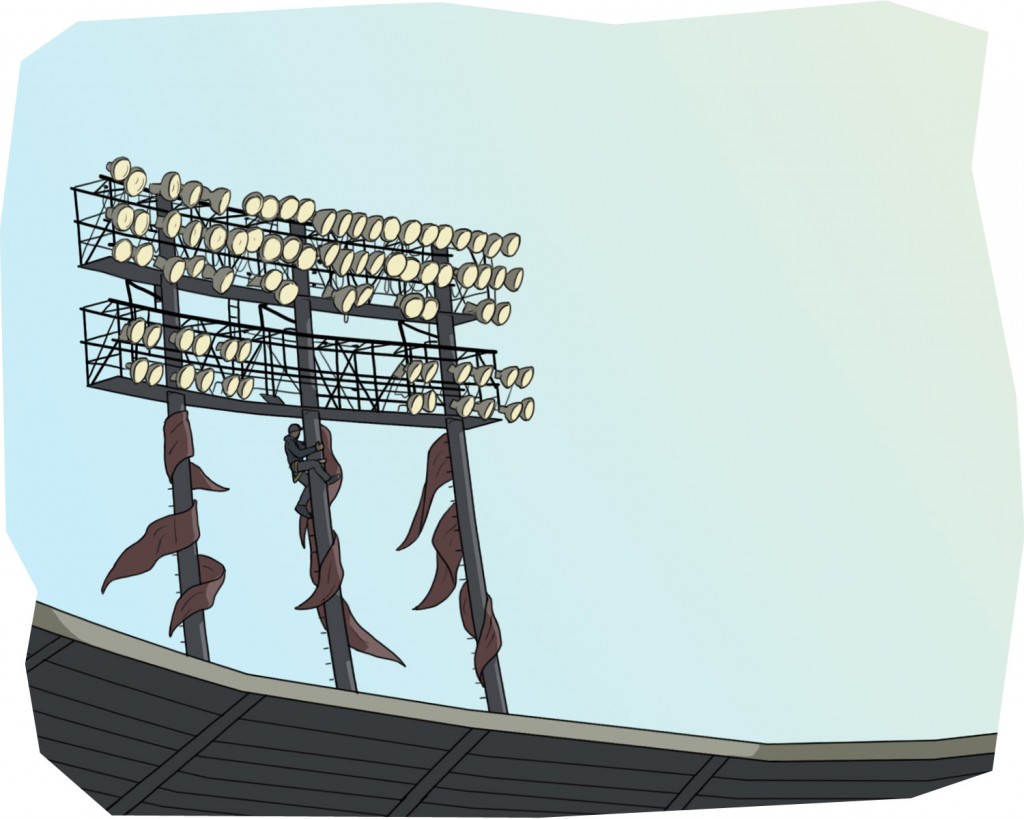 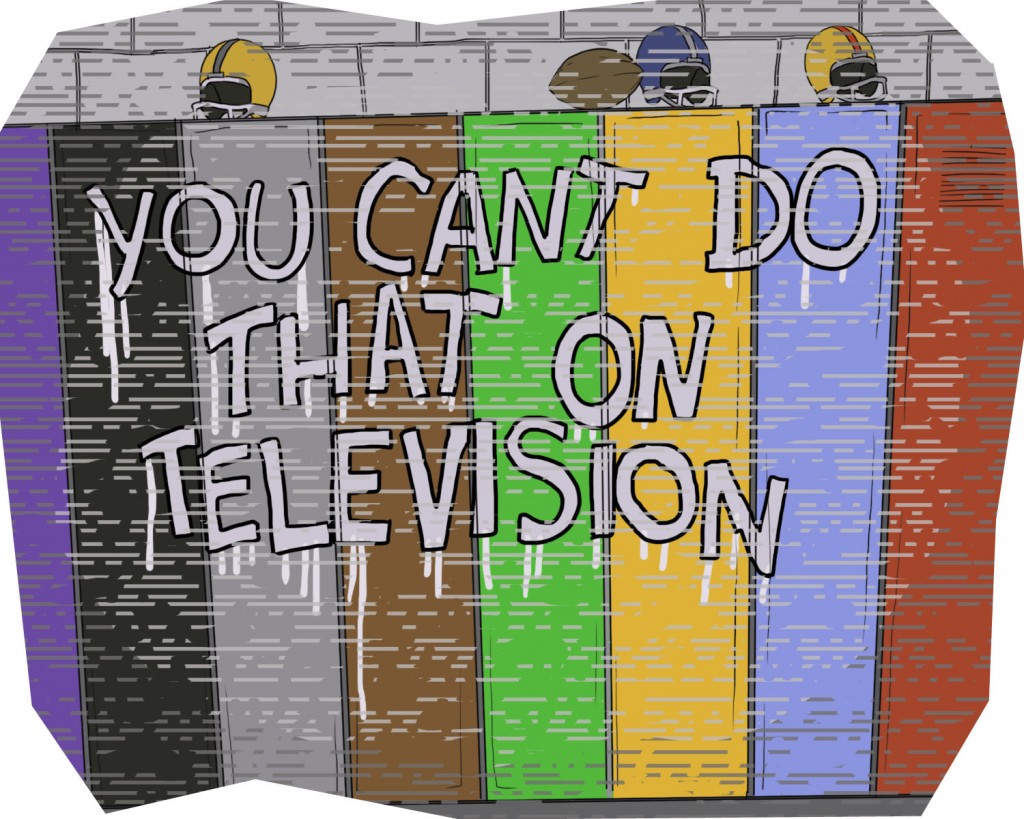 I was just starting my freshman year of high school in the fall of 1989. I was at home, alone, doing about the most stereotypical thing that someone from Marin County could be doing.

I was lounging in my parents’ hot tub.

I am no stranger to quakes at all, since Stinson Beach is right in the San Andreas Fault zone. That day was strange and surreal though.

So, anyway, I was there, lounging in the hot tub. I remember distinctly my rabbits in their hutches making warning “thump” sounds, and then the neighborhood dogs howling.

And then it hit. I always have joked as an adult that I felt like I was an olive being sloshed around in a martini glass, and that’s not far from the truth. I was jostled about, not too hard, but enough to scare me. I remember looking up at the house, and seeing the houses move up and down. 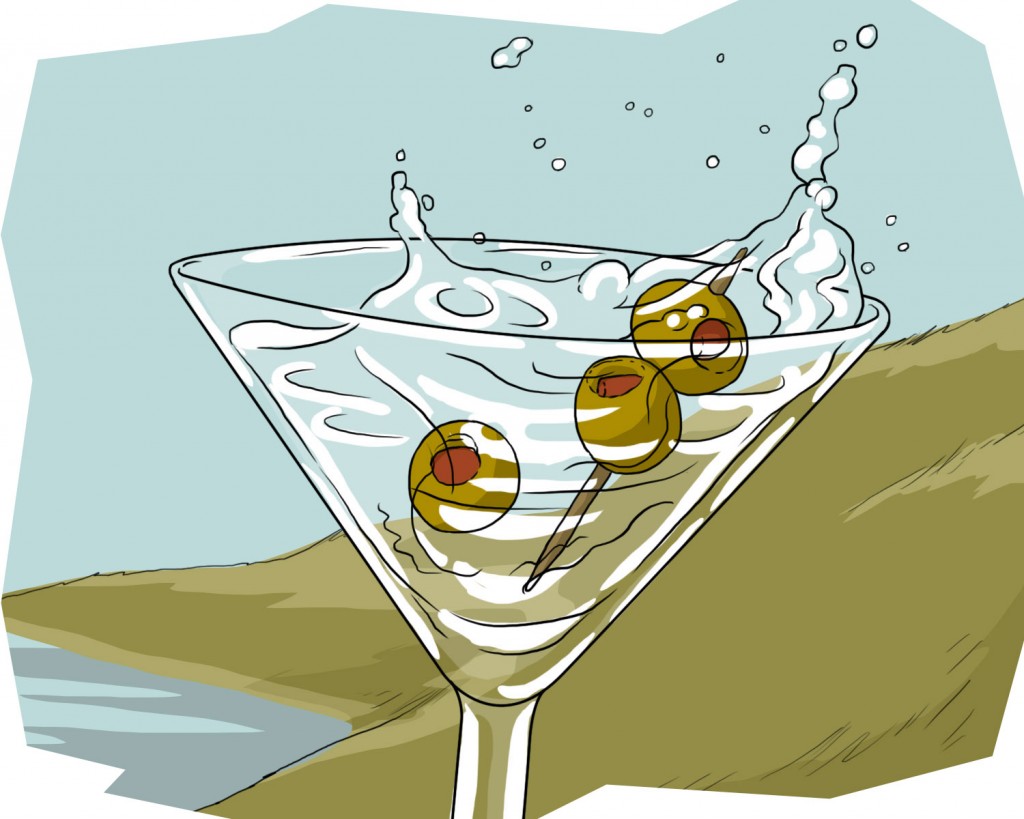 I remember jumping out after the rolling was over, and running inside. I was at home alone, my mom having driven over the Hill to Mill Valley to get groceries, my brother was at work, and my dad was also at work in SF.

I turned on the TV (the power didn’t get knocked out where we were) and just sitting down and watching all the TV coverage… seeing the World Series interrupted, the anchorwoman crying (I can’t remember who that was now) and all the other stuff. Of course I picked up the phone and started frantically trying to call people, anyone, to find out if my family was OK. All the lines were jammed.

It was a really weird and scary feeling for me, being all alone, only a fast busy signal for company, wondering what had happened to them.