I lived in San Jose Brookdale Apts. I was sitting down to watch the World Series. 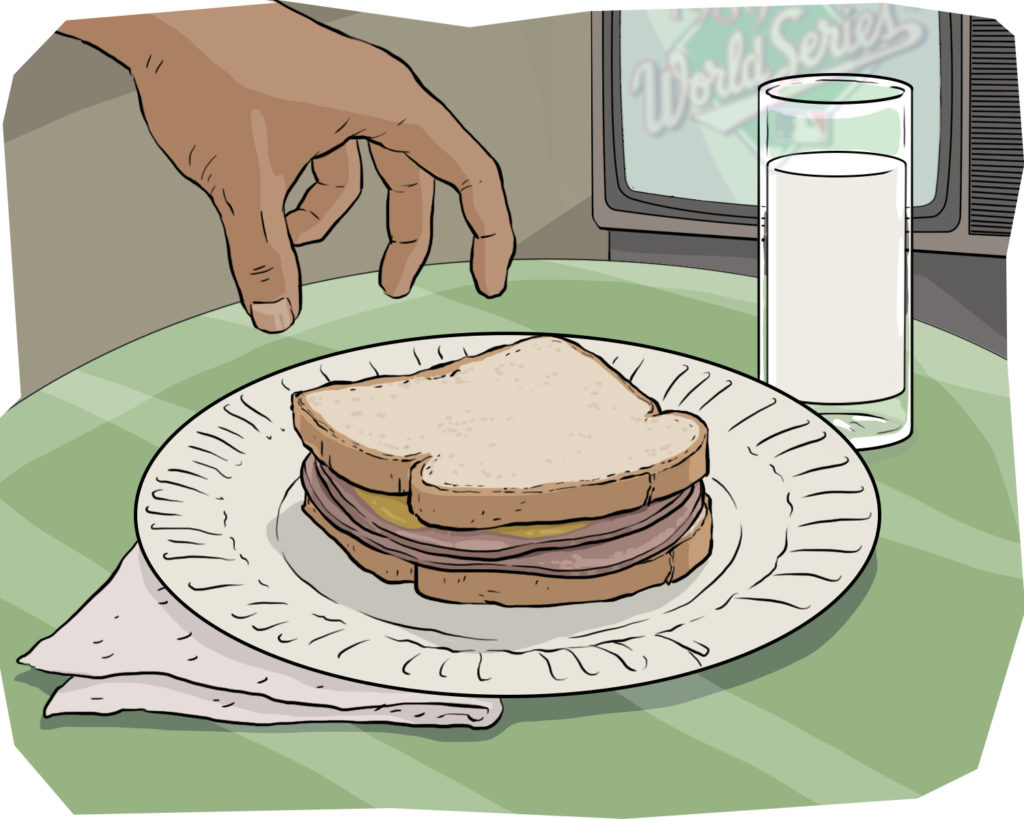 I had a bologna sandwich in one hand and a glass of milk in the other when it hit. I freaked, and threw the sandwich and milk while running to the hallway.

I watched as all of my Roseville Pottery collection crashed to the living room floor. I screamed “STOP!!” about a hundred times.

Afterwards, I tried to secure everything. Months later I found I had put a bunch of rubber bands in the ice trays in my freezer.

I arrived home from my 7th grade volleyball game, I was still wearing my mesh blue uniform. I think we lost that day.

I was in the kitchen alone, I think making a snack. Our kitchen had this amazing wallpaper, the kind where there was a scene of the ocean in three panels, along with a Kelly green lattice pattern.

When the earthquake started, I ran to the nearest doorway. The house was moving from side to side and so I held on and started reciting the Hail Mary. Just outside I could see our blue swimming pool, waves swooshing back and forth with such energy. That’s when I realized that this was really bad. I was scared. Holy Mary Mother of God prayer for us sinners now and at the hour of death…

When it finally stopped I went outside to cry. I mustered the courage to go back into our house to see if anything was terribly damaged. One of our goldfish was displaced on the carpet but still managed to survive after we plopped him back in his tank.

We camped out on my neighbors lawn that night. I ate junk food like Teddy Grahams and Oreos. It was actually kind of fun.

I was driving my beat-up Mercury Lynx from my job at Muller Construction Supply to Bellarmine College Preparatory, the high school where my brother went to school and where my boyfriend was the set designer for the theater. Tom Tom Club’s “Genius of Love” was playing on the radio when my car started chugging. “Damn it, what’s wrong with my car now?” I thought. “Flat tire?” Then the radio cut out. “Something’s really wrong with my car,” I thought. Then I saw people running out of the bodega on the corner. “Something’s really wrong with my car,” I thought. “So bad people are running out to look at it?” Then I noticed the stoplight in front me, bouncing on its pole. “Earthquake,” I thought, relieved that I wasn’t staring another huge car repair bill in the face. 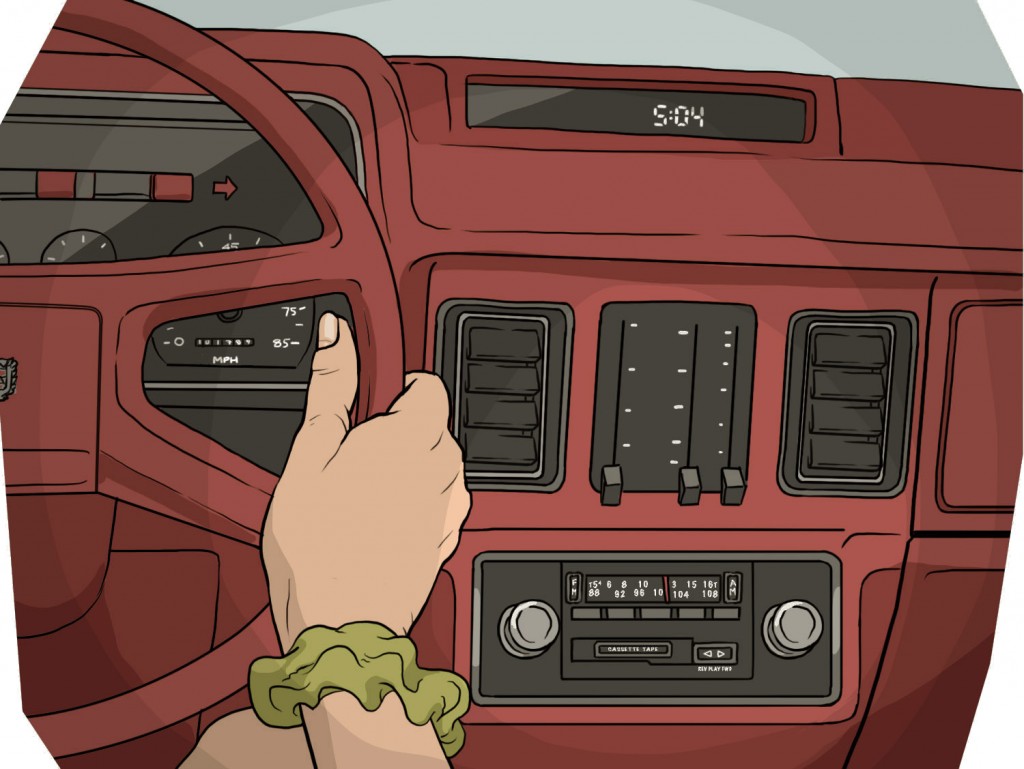 I’d lived in California all my life. As far as I was concerned, “The Big One” was an earthquake myth—a thing we talked about that probably wouldn’t ever happen. I came to understand the gravity of the ’89 earthquake in slow stages.

When I arrived at the high school, all the theater geeks—including my brother and boyfriend—were standing outside. The building had been evacuated. Someone said the Bay Bridge had collapsed, and one of the boys started crying—his father commuted on the Bay Bridge.

We had a limited ability to make phone calls, but somehow I convinced someone to let me in the cinderblock theater so I could call my mom. I told her, “I think I’ll just go out to dinner and drive home later, when there’s less traffic.” “You will NOT,” she said. “You will come home right now.” Had I experienced the earthquake in a building instead of in a car—where I was insulated from the noise, where the tires absorbed much of the shock—I might have understood the tone in Mom’s voice. Instead, I was pissed that I couldn’t go out to dinner with my boyfriend. I begrudgingly packed my brother in my car and headed home. It took two and a half hours to drive fifteen miles.

Later that night, after watching images of earthquake damage on the television, I called my boyfriend, also a long-time Californian. We talked about how weird it all was, how our understandings about earthquakes had changed, how we used to think earthquakes were cool, but how suddenly even a little aftershock seemed scary. “Here comes another one,” he said. It took a couple seconds for the trembling to travel the 15 miles between us. “Oh yeah,” I said. “I felt that, too.”

That change has been permanent. Even twenty-five years later, when I feel an earthquake start rumbling, instead of thinking, as I had throughout my childhood, “Oh cool! An earthquake!” I wonder, “How long will this last? How bad is it going to get?”