I remember Loma Prieta. I was almost 3 1/2 years old. I was in my Chinatown home, situated on a sturdy hill at Powell and Broadway. I remember standing at the bottom of our 26 step metal staircase next to my great Aunt Nellie. At the top was my grandma.

The door next to me was an old glass door with a wooden frame. We were getting ready to leave when it started shaking. 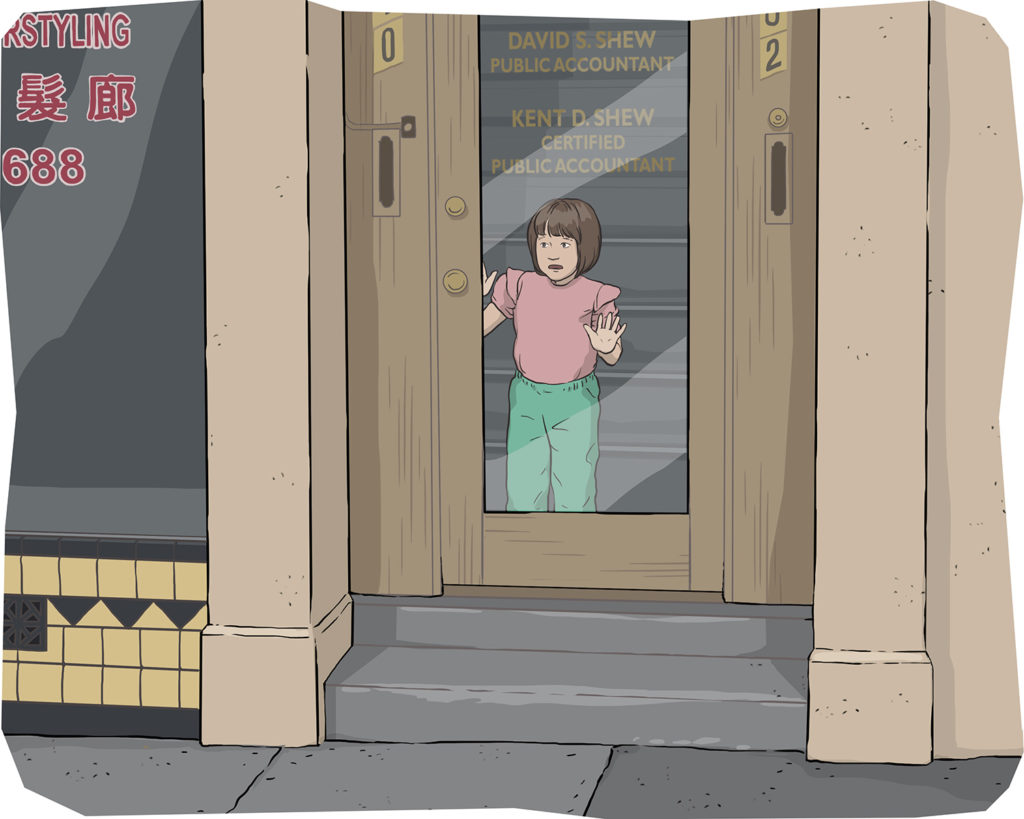 I don’t think I was scared, but more in shock of feeling something so strange. I don’t remember additional details, but my grandma has told me we were going out shopping for groceries and that we ended up staying home instead. She also said not a single thing fell.

As I grew up, every time I visited the Academy of Sciences, my favorite thing was the earthquake simulator; I thought that thing was so cool. It wasn’t until I became a lot older than I realized how dangerous earthquakes were.