Stretched out on the living room rug, I was designing my high school senior yearbook page when the television began to shake.

“What’s wrong with the game?” my dad asked, horrified that anything would dare interrupt a world series playoff game between the Oakland A’s and his beloved Giants.

We lived on the 8th floor of an apartment building facing the Embarcadero Center and Ferry Building. We also lived on landfill. Moments after the shaking started, the TV screen went black. We all ran into the hallway and crouched down as the walls bowed and shivered around us. But what I remember most was the sound; it was as though the earth was growling. Why had no one ever told me that earthquakes could be loud?

When we assessed the damage, I was devastated to see that my chocolate Teddy Grahams had gotten soggy from the fish tank’s sloshing water. But I was in disaster mode, and I loved chocolate, so I ate them anyway. 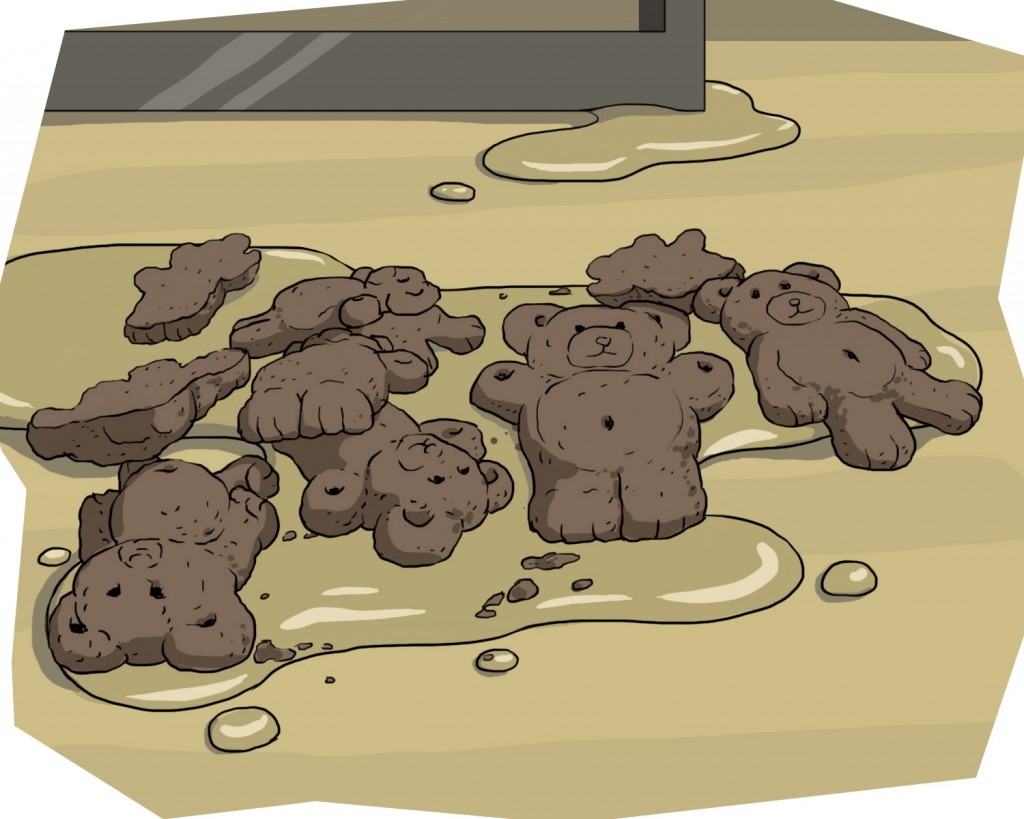 For months afterwards, the flagpole atop the Ferry Building leaned just a little to the right. Even the Embarcadero Freeway, usually flowing with the constant hum of cars below my window, was silent- an eery reminder that our city had in a matter of seconds been changed forever.