I was at CCAC on the south side of the campus on October 17th. We were working on a project outside on the edge of a building built up high on bedrock, so we saw the earthquake before we felt it. Someone remarked that the Safeway sign was moving back and forth, and as we looked up to see it, we began to feel the quake. It felt small at first, but what made an impact was how long it lasted. Usually earthquakes are over before you really have time to think about them, but there was enough time to process it, worry about it and begin to panic a little. 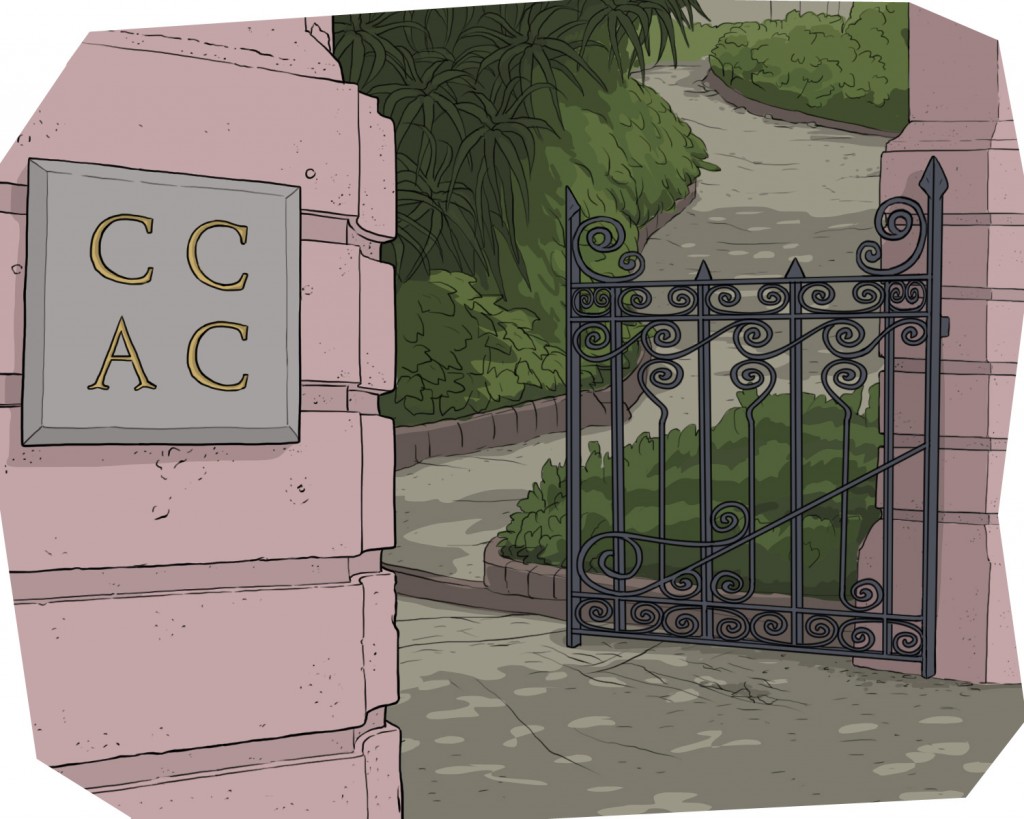 After it ended, the building we were in was OK and so we started to move on like nothing had happened. We initially had no idea of the extent of the situation until someone came running up to say that the Bay Bridge had collapsed and the school was closing. A few minutes later, the sirens started and they never seemed to stop that entire evening.

What I remember most about the earthquake is the sirens–every time I’m somewhere where there are multiple first responder responses it takes me back for a bit. We quickly realized that there weren’t many options in terms of leaving. BART was closed, the Caldecott tunnel was closed and the Bay Bridge was closed. Several of us ended up staying with another student whose brother lived close by. He was closer to the Cypress structure than CCAC was and I think that’s why it seemed like the sirens never ended. We huddled together and watched the images on TV most of the night then early the next morning drove the short distance to the structure because it seemed unreal on TV.

The devastation was unbelievable. There was also an odor that I’ll never forget from the fire (and what it was unfortunately consuming). The freeway was buckled and twisted and there were first responders everywhere. We drove through downtown Oakland and there were mannequins all over the street from the broken department store windows like corpses.

I don’t remember exactly when I was able to go home but I do remember San Francisco the first few days after the earthquake–the streets were eerily quiet–very few people around and there was an oppressive silence. I worked in a photo lab at the time and over the next few weeks thousands of images poured in from customers, the CHP and various governmental agencies. For weeks I couldn’t get away from it. Then life started up again and we all moved on.

The firestorm in the Oakland Hills two year later brought it all back again–it wasn’t the earthquake that was the scary part–it was the aftermath, the uncertainty, the shock–not knowing what was damaged and who was hurt, the sheer enormity of the collapse of the Cypress Structure and that the Bay Bridge had actually failed. That same shock and uncertainty was felt as we watched Oakland burn.

Another thing that is seared in my brain is how differently individual people respond to shocking incidents. Once we realized the enormity of the situation everyone’s tone changed–this was serious. I remember trying to get a hold of someone at the Maximum Rock and Roll house in Noe Valley to see how they were there. Harry answered the phone and all he could say repeatedly was that Double Rainbow on 24th St. had lost power and they were giving everyone free ice cream. He said this joyfully. I remember thinking–the bridge has collapsed and people are burning to death on the Cypress structure–this is not about ice cream! I think we all just dealt with it in our own way.