My husband and I were both home that afternoon, as we had met with our realtor earlier after having recently made an offer on a house on the other side of the summit off of Laurel Road. We lived in “Downtown” Redwood Estates, right across the street from the grocery store and post office on Broadway. 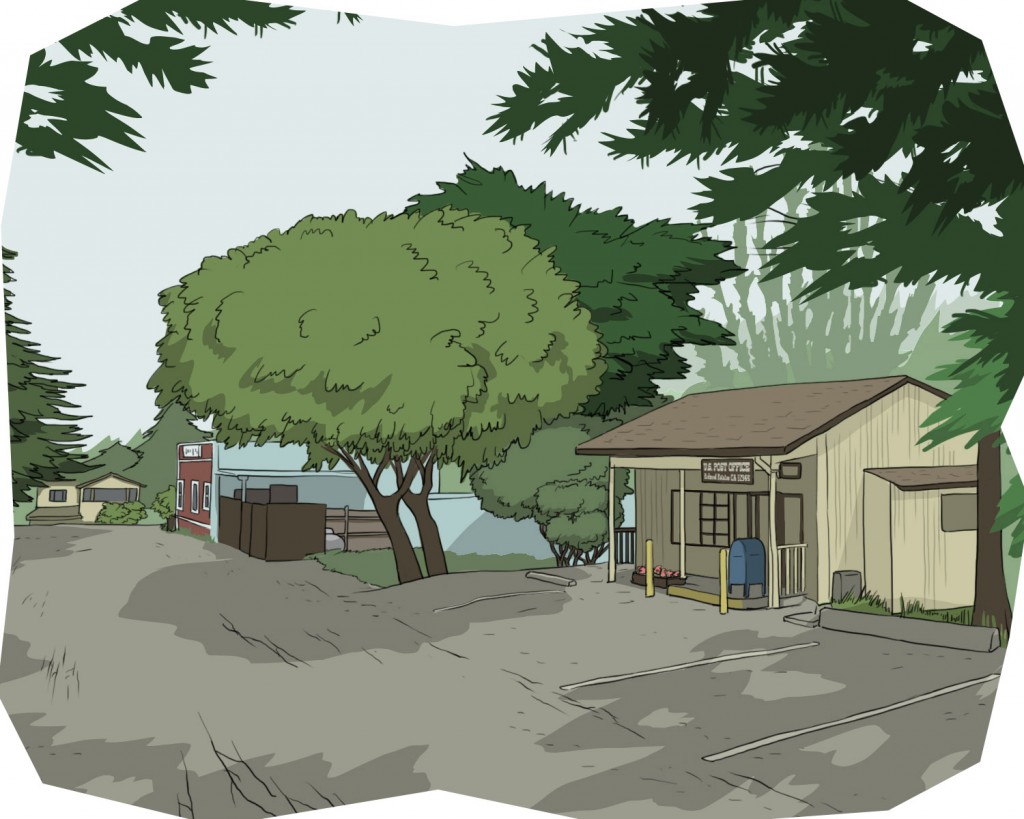 We were watching the baseball game on TV when it hit, and although we tried to get outside, we were repeatedly slammed to the ground. Longest 15 seconds ever; this was seriously violent shaking, especially as this was only 10 miles from the epicenter. I have never felt so helpless in my entire life. We lost every piece of glass we owned, but we were so fortunate. Our neighbor’s house burned to the ground and many houses there were uninhabitable afterwards. My in-laws had major structural damage and had three huge aquariums explode and flood the inside of their house next door to ours.

The next seven days were surreal; it was like living in a third world country: no power, no running water. Food wasn’t a problem, though. All the neighbors joined together to bring the food from the refrigerators & freezers and our grills to cook for the entire community. We really took care of each other in the aftermath. It didn’t matter if you had never met a particular neighbor before, if someone had a need, we made sure to fill it.

The national guard was sent up with canvas trailers of water we could use to flush our toilets and a tent for showers. The entire community was stuck up there as the CHP held a community meeting the next day: they told us we’d be arrested if we drove on Highway 17 if it wasn’t an emergency, as Caltrans had to assess the condition of the road.

None of the Santa Cruz Mountains communities had water for the next 4 months. Our antiquated water systems literally crumbled to bits.

About that house we were trying to buy…2 days after the quake, the Mercury News somehow managed to get the newspaper up to us. There was a color photograph on the front page of a home that had split into two with one half down in a ravine. I still remember the address: 24085 Schulties Road. It was the house we had fallen in love with, destroyed. The sellers had no insurance and they had to demolish.

No bank would lend for mountain property for a long time after that, so we had no choice but to head to the flatlands of San Jose, where we live in another neighborhood where people look after each other.

I still miss the beauty of the Santa Cruz mountains, but each earthquake we’ve had since then, I become unglued.