I was living in Noe Valley and working South of Market for a bathrobe manufacturer. I had flown back from NYC that morning and the cab driver told me to cancel my flight because there was going to be an earthquake.

I had just arrived from the airport at the office and checked in with my colleagues. I asked my friend Lois if we could leave early because I was exhausted from my trip. As I walked back into my office the earth began to shake. I had never been in an earthquake before. And before the words “earthquake” could even come out of my mouth I was under my desk. The wall of windows surrounding my office had imploded. After it was over I was running through the sewing shop telling everyone to get out of the brick building we were in. As we approached the steps some of them had shifted and it was scary walking down them. 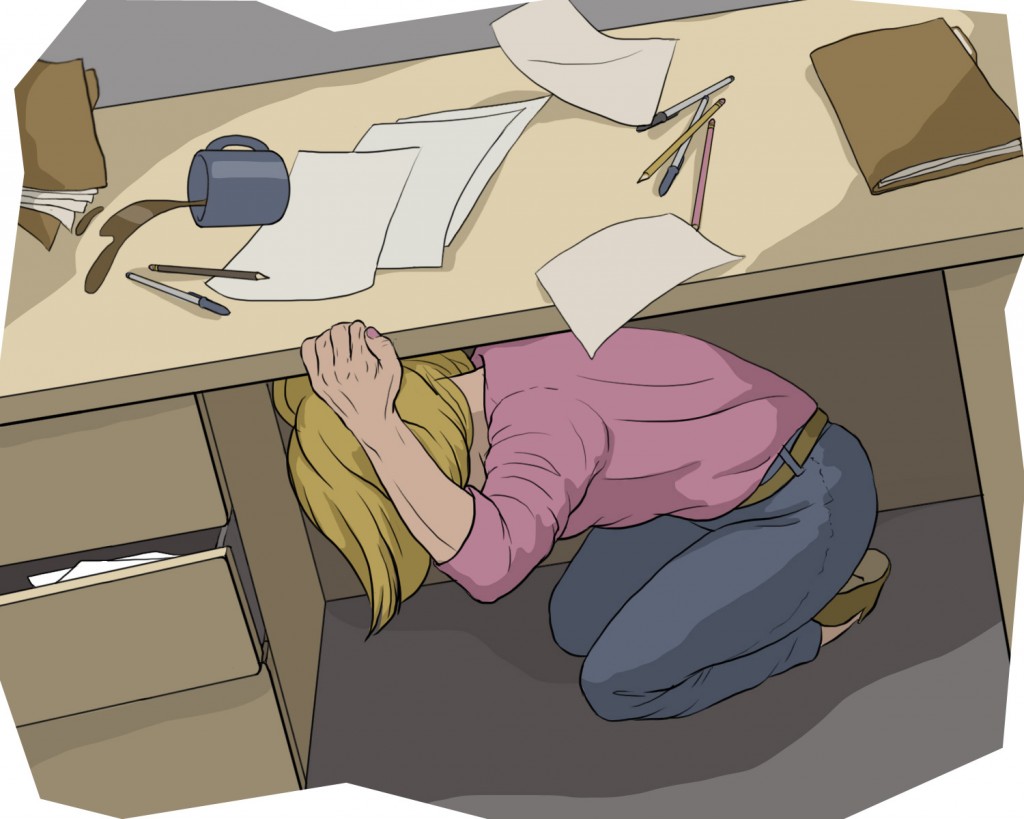 Once we were out of the building I remember seeing the blacktop of the street ripple like a wave. I had never seen anything like it before in my life. We drove back to Noe Valley and all of the traffic lights were out. It was unwritten that each intersection became a four way stop. We could see the flames in the Marina and I was in tears.

I was worried about my brother that was working on the other side and would have had to cross the Bay Bridge when I heard it collapsed. I arrived home to find all of my dishes and glassware on the floor. All of my neighbors began gathering outside of my neighbor Tom’s apartment building. One of the neighbors pulled his car onto the sidewalk and had his radio on. Fortunately my landline was working (we had no cell phones in those days) and I called my family in the east to let them know I was ok. They let me know that they had also heard from my brother who lived six blocks north of me. I was relieved.

Tom and I gathered water and flashlights and walked down the street turning off all of the gas valves and checking on the elderly on our block – giving them the flashlights and water and turning on radios if they had them. The rest of us gathered in the middle of the block and stayed close together. We brought out wine and the contents of our refrigerators to have a block party and listen to the news.

As the sun set, the fire in the Marina lit up the sky. We were all pretty quiet, scared, relieved and dealing with all of the aftershocks. At about midnight the power was restored in our neighborhood and the gas company came by to say that they would be around in the morning to turn on our gas.

Within a month of the earthquake, I quit my job and moved back to Wyoming. It is a day I will never forget and one of the reasons why I will never return to California to live.