In 1989 I was in the 5th grade and living in Clayton, in the Mt. Diablo foothills, on a cul-de-sac that ended at the border of Mt. Diablo State Park. There were maybe half a dozen families on the cul-de-sac that had children within a year or two of my age. It was wonderful.

Because it was so beautiful outside that day, I was next door in my friend’s front yard, playing a game of re-enacting the Nickelodeon show “Finders Keepers,” and then it hit. I’d felt a few quakes before… but this one made my stomach drop and my knees buckle. My surroundings appeared to gently roll up and down. I don’t really remember any noises.

My friend and I looked at each other, and while my mind was blank, her face crumpled into tears. Her dad burst out of the house laughing with a jolly “WOW that was a big one!!”

My mind stayed blank as I went into my house, which just felt like the thing to do… everything in the house seemed fine.
Then the news reports began.

The logic of the situation grew into a personal scare. My dad is an independent contractor who drives all over the Bay Area every day, and we had no idea where he was. The phones were out. He had a very early version of a cell phone– a huge module that had to be mounted on his dash and was all curly cords and unwieldy antennas– but with the network down it did us no good.

All we could think about was the chopper cam feeds of collapsed freeways. My older sister and some neighborhood friends and I sat on a curb for a few hours and talked and cried. It got dark.

Finally, around 10 PM, my dad gets home. Everything was alright. For us anyway.

The next day in school, we all spent an hour during class talking about our stories, and everyone else was alright in Clayton.

A few months later the classroom next door to us pulled a prank– we were in a portable building at the school and the floors were pretty light and hollow. The teacher next door cleverly had her students pound their feet to mimic an earthquake, starting small, then crescendoing and tapering off. We fell for it, until we could hear their laughing through the flimsy wall. They did it a few times until some of us realized that, even with the pounding of 30 pairs of 5th-grader feet, the lights weren’t swinging like they do during a quake.

To this day, if I’m not sure if it’s an earthquake or a heavy truck driving by, I look up at the lights to see if they’re swinging. 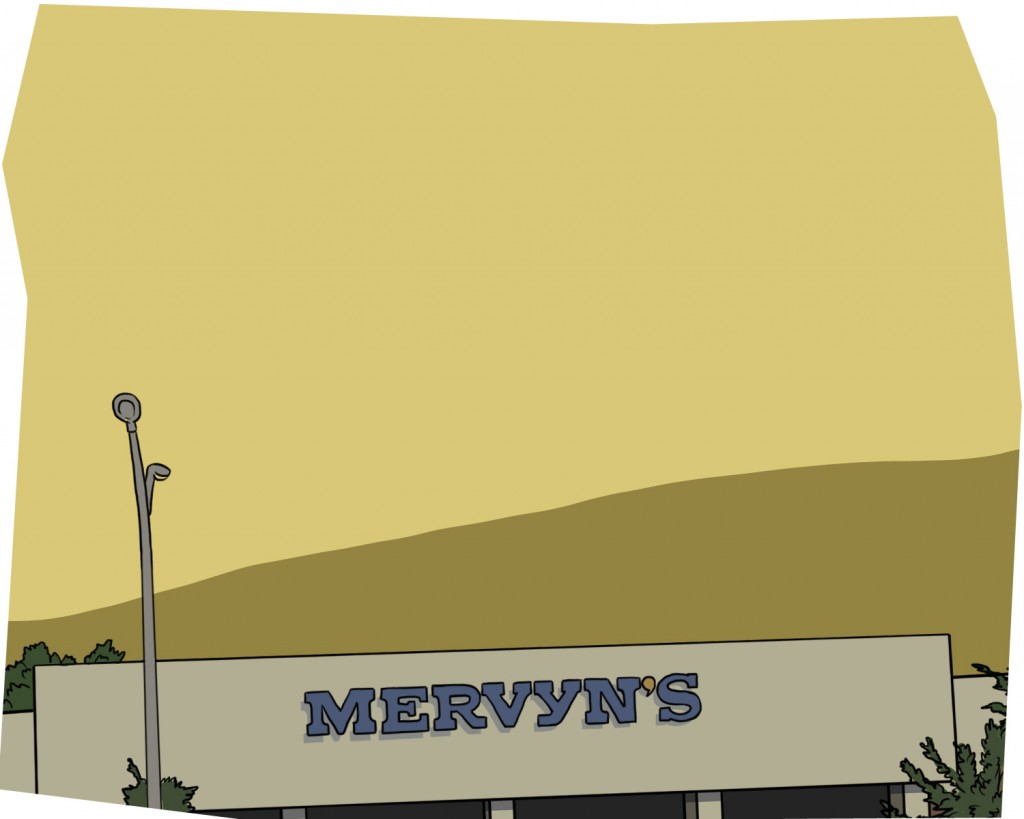 I had just arrived home in Walnut Creek from work in Martinez: my younger daughter was already there.  We were in the family room talking about nothing I can remember, when suddenly it was Show Time.  Mantel decorations in the living room rattled a little, then it got worse and they began to fall, so I said to Camille, “Let’s go outside for this one”.

We were standing on the front lawn and as the shaking got worse the power lines nearby began swinging back and forth enough to occasionally touch, with an interesting light show.  (At one point, Camille stretched out on the lawn, clutching the ground for stability.) I made sure we were clear of places where the lines could land if they burned through and then it got much better: throughout the neighborhood the lines were touching, and the short circuits started blowing the high voltage fuses.  It sounded much like very large shotguns or maybe small mortar blasts, and then the lights started going out.

This being the Dark Ages (and not just because the power was out) before cell phones, we could only wonder what had happened to my wife, whose job required lots of driving around our county.  She showed up in a few more minutes with her own stories…

Camille and Goli, her friend from next door, refused to come in the house that night; they just walked the street and stayed out on the porch.