When you’re a suburban high school sophomore, being a referee at a middle school flag football game is a good way to make some extra money. So there I was, on the field at Cupertino Junior High School, officiating away, trying to be authoritative, whistling plays dead, looking for penalties I didn’t know much about, when the shaking began. 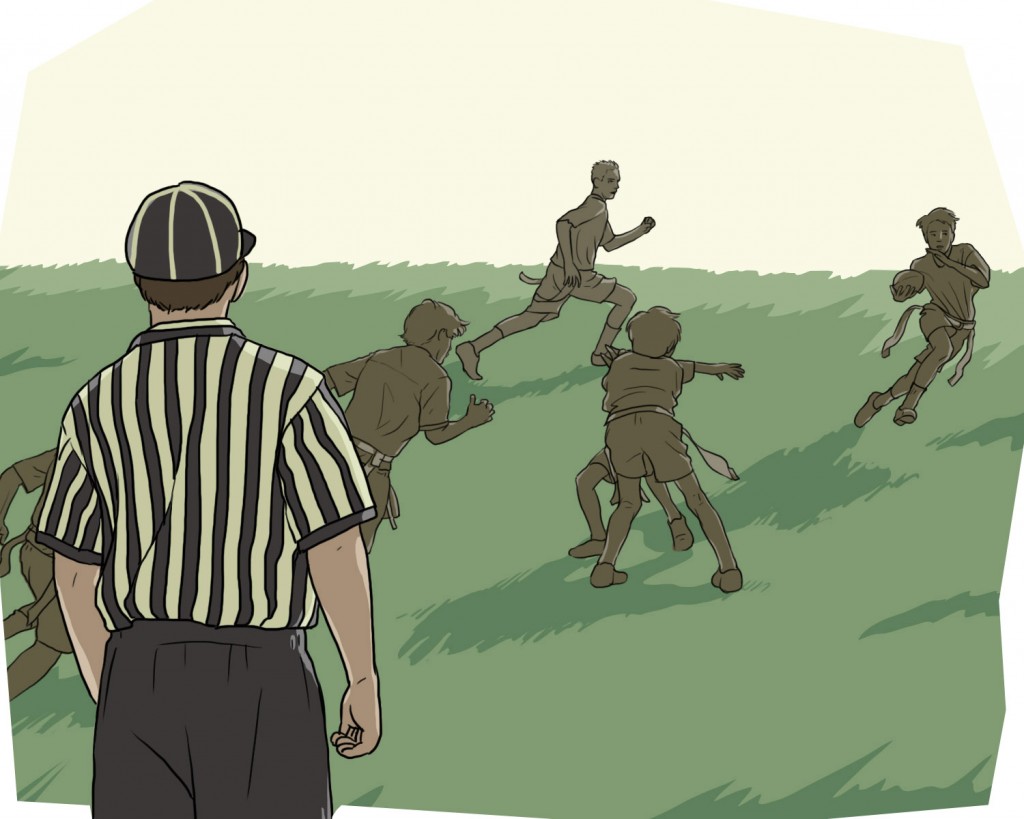 It was strong, of course, but not particularly scary, given the expansive field around me. I crouched down and turned around. The windows to homes across Homestead Road began to shake, and memory says they broke, but that’s probably false. The middle school football players stopped in the middle of the play, and after less than a minute of shock and confusion, the coaches decided to call the game.

For me, that meant getting home. Maybe the first step, I thought, was to call my parents from the pay phone near Mrs. Schaefer’s old typing classroom — just to say I was safe, and would it be possible to pick me up? But the lines weren’t working, and for some reason, I wasn’t particularly worried. So I walked the two miles home, noticing that few cars were on the road and that everything was a bit more eerie than normal.