On October 17, 1989 I was in the 8th grade and at a soccer game we were playing in one of the grassy areas around Lake Merritt. In the running and jumping of the game, I didn’t realize it was an earthquake until I saw this huge art deco apartment building across the street from where we were—the Bellevue-Staten building—swaying and then feeling the ground moving under my feet.

We moved to the center of the park area and watched as loose bricks from the apartment building started crashing down into the windshields of parked cars on the street below. We could hear the glass breaking loudly since this was before car alarms that would drown such sounds out. My friends and I just huddled close and waited it out. 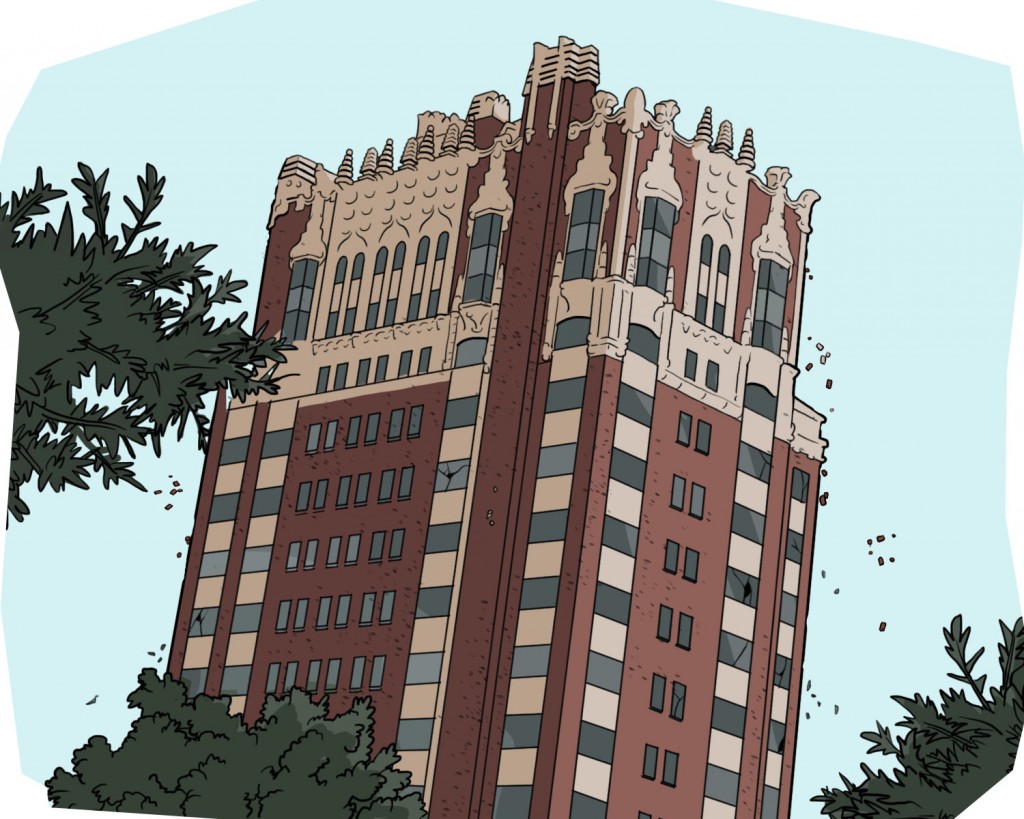 The coaches had no way of communicating with our parents (no cell phones back then!) and it was after 10pm that night by the time we got back to our school given all the traffic. Many parents were waiting in the parking lot, nervously chatting and so relieved when we finally showed up.

As news broke the next day, one of my classmate’s cousins was one of the people crushed when the Bay Bridge broke and we heard of many other harsh stories from the quake. I was thankful that the inconvenience of being stranded by the Lake was the only hardship I faced that day.