It’s been over 26 years since the 1989 Loma Prieta earthquake, and yet I still can hardly look at a photo of the Cooper House without getting a little emotional. I was there that day, in the weeks following the earthquake, when they brought it down with a wrecking ball and bulldozers. That day, tears flowed down the cheeks of many of the Santa Cruzans who had gathered to say their goodbyes to the grand old building, which had stood on the corner of Pacific Avenue and Cooper Street since 1894. 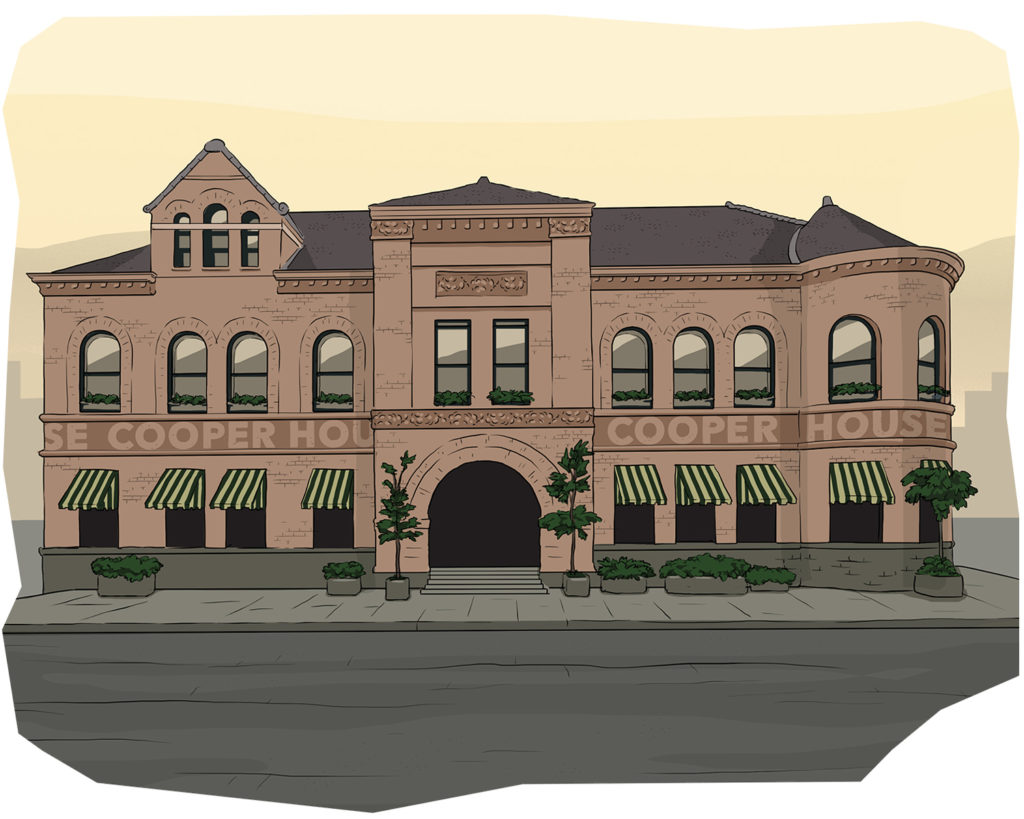 To this day, there are those who contend that the Cooper House didn’t have to be demolished, that the earthquake hadn’t truly damaged it completely beyond repair, as had been reported, and that it actually could’ve been saved. God knows there were no shortage of people who wanted to save it. Talk to anyone who spent any time at all in downtown Santa Cruz during the Cooper House years, and they will all no doubt have a story or two about good times spent there.

My earliest memory of the place dates back to the mid 60’s when I went there with my grandmother. I was about 7. Of course, in those days it wasn’t known as the Cooper House. It was still the Santa Cruz County Courthouse.

Many people mistakenly call the Loma Prieta quake the 1989 San Francisco earthquake. The epicenter of the earthquake, however, was actually in the redwood forest of Nicene Marks State Park in Santa Cruz County, roughly 80 miles south of San Francisco, and less than 10 miles from where I lived at the time, in the Live Oak area of Santa Cruz.

I was still working in radio back then, and, along with Eddie Hudson, was doing news for radio station KSCO, which was the official emergency broadcast network station for the Monterey Bay. We practically lived at the station for the next week, and at least one of us was on the air disseminating information round the clock.

I was never more proud to be a Santa Cruz native than I was in the week or so following the earthquake. People came together to help each other in a way I had never seen. Santa Cruz felt like more of a community than ever. So many people doing everything they could to be of service to others. But, as so often happens in times following such natural disasters, that beautiful collective of community spirit soon dissipated.

The memories of the of the quake itself and the days which followed, however, especially the day we all had to say goodbye to the Cooper House, will likely never really dissipate completely for anyone who was there. I know they certainly won’t for me.