I was working for the University of California in an office in downtown Berkeley on Milvia when the earthquake hit. However, I had already left work and was waiting for the BART train in the downtown station on Shattuck. I sighed, “The BART train is late AGAIN!”

After a bit, we heard an announcement that the Bay Area was hit by an earthquake and all trains were stopped. Those of us waiting underground had no idea there was an earthquake, proving the BART system is very safe! 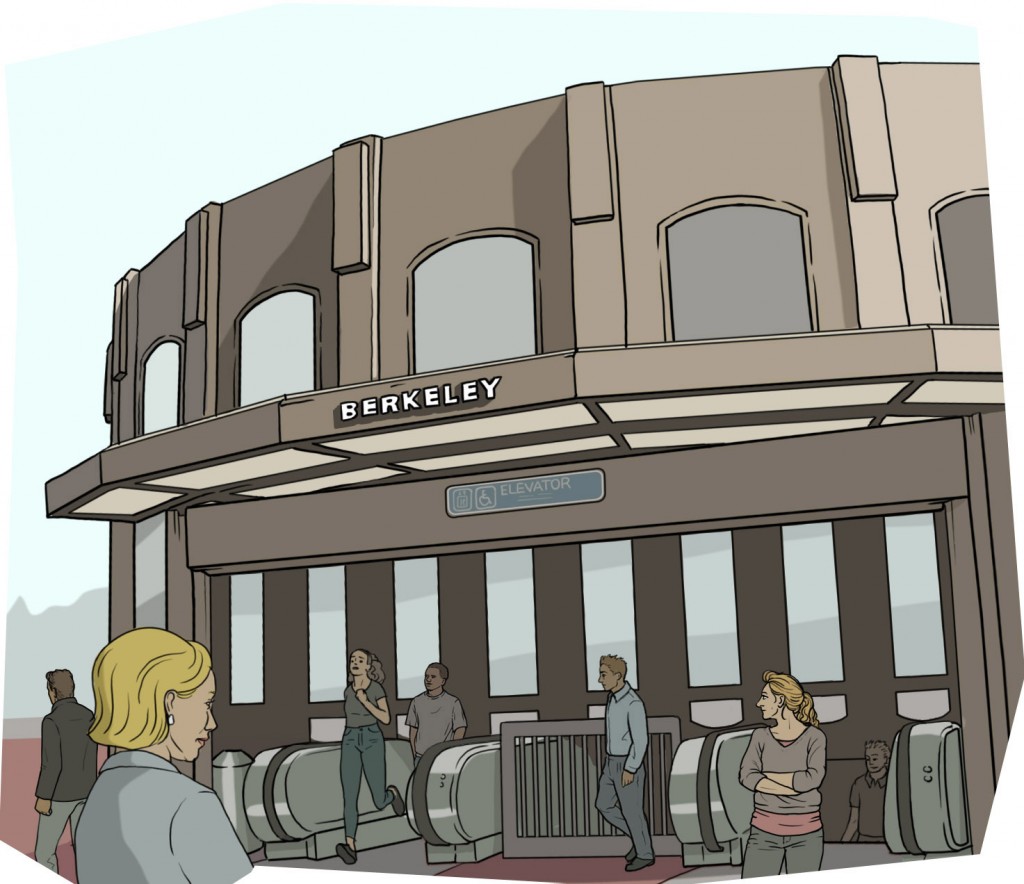 When we hurried upstairs there was chaos on the streets. No stop lights were working and cars were maneuvering around each other as if they were props in a disaster film. I learned later that the building I had just exited had visibly swayed back and forth to the terror of those left inside, but no one was hurt.

I was able to contact my daughter in Oakland and one of her roommates drove me home to Walnut Creek through the Caldecott Tunnel, proceeding with great trepidation in case there was an aftershock.

1989 was an era with no ubiquitous cell phones so I worried most of the night about my husband, who I knew was in a carpool crossing the Bay Bridge. He has his own story to tell, but the end of mine is that he returned home safe and sound.