I was five years old and living in Newark when the earthquake hit. My eleven year-old sister was watching me while my dad cut firewood in the side yard, and in order to distract me from bugging her while she did homework, she allowed me to play with her stuffed animals I rarely got permission to enjoy. I had them set up in a circle around me when the earth started shaking. My sister yelled at me to run to the door jamb, and we both did.

As soon as the shaking stopped, we walked through the house looking for damage. We found a plant that had fallen, spilling dirt all over the ground. We saw that one of my dad’s golfing trophies had fallen and broke. We were in the playroom picking up my Sesame Street books that had fallen when an aftershock hit. It was so quick that it had ended before we even got to the closest door jamb, and that was when my dad entered the house, telling us he could see the telephone poles swaying from where he had been in the side yard.

I remember waiting what felt like forever for my mom to get home from where she worked in Hayward. It was probably a couple hours at the most realistically. I don’t remember what I was wearing that day, but my mom always referred to the dress she had on as her “earthquake dress”, so I still remember what it looked like to this day.

The scariest part, to me, was not having electricity that night. I had never had to live by candlelight, and I didn’t like it. My sister and I went to her friend’s house that lived down the street. I remember playing with her American Girl doll by flashlight while she and my sister talked about the bay bridge collapsing, scared out of my mind.

The next morning I didn’t want to go to school. I had only been in kindergarten a little over a month, and I didn’t want another earthquake to hit when I was away from my mom. My teacher started a collection of earthquake snacks in a big garbage can, and my mom contributed some of my favorite foods to it. I remember wanting to eat the food but NOT wanting another earthquake, especially not at school. Now that I’m a kindergarten teacher myself, I still hope for the sake of my students that there is not an earthquake when we’re at school. I wouldn’t want them to experience an earthquake without their moms like I did.

For the longest time after the quake, I wouldn’t play with my sister’s stuffed animals. When my mom tried to donate them to charity when I was a teenager, though, I refused to let her do it. They were my earthquake buddies, and I insisted on keeping them. 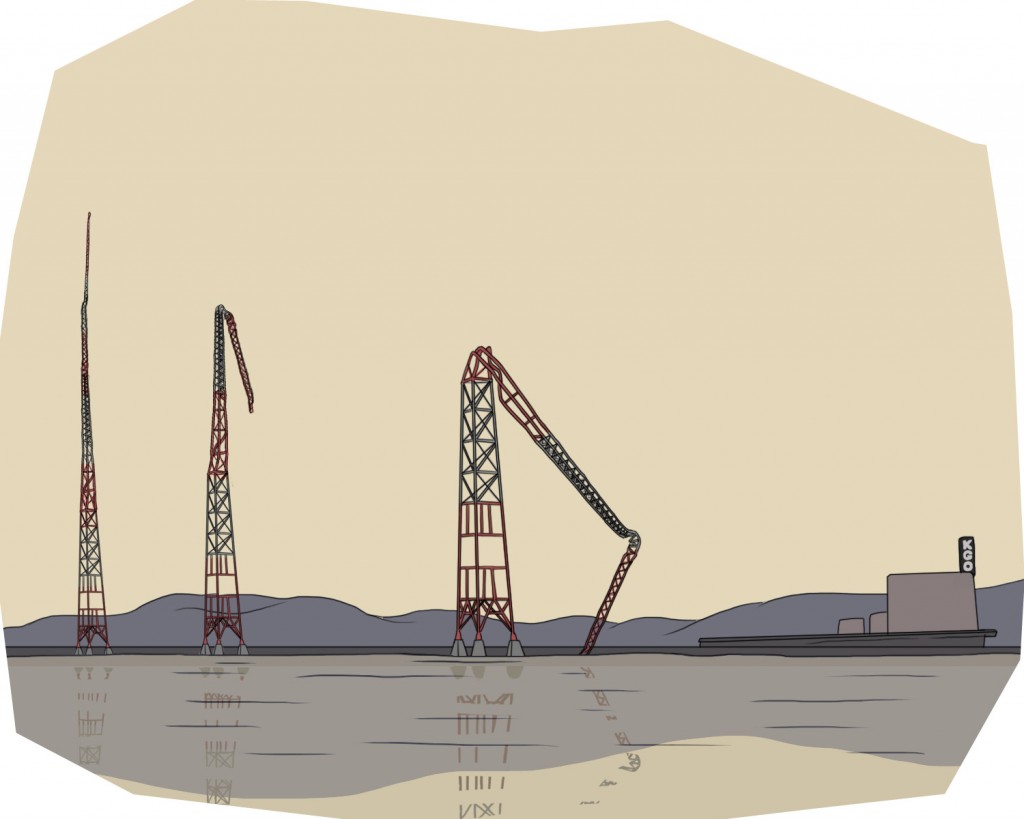