Skip to content
Barbara Golden
I was playing at a dance class for kids at a rec center in East Oakland. It was somewhere on Avenue A near a bakery. Suddenly, it sounded like rocks on the roof: the piano slid away. The kids started running out the door. Seven-point-something earthquake. 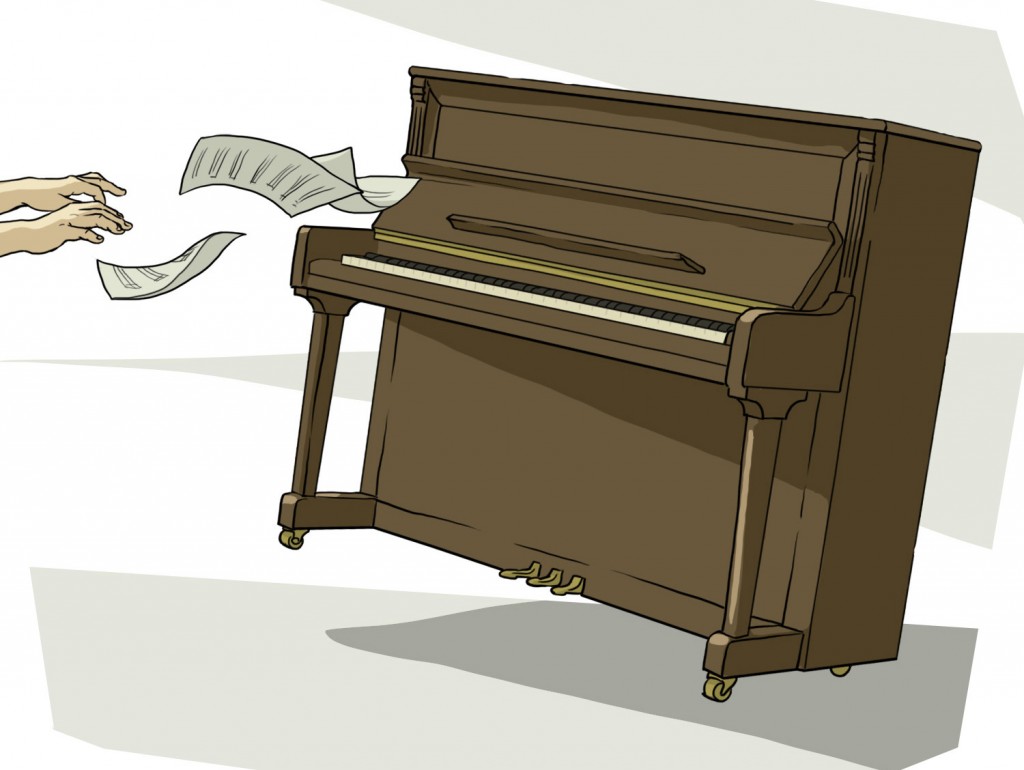 Driving home to Berkeley on the 880, the radio saying “Cypress Freeway is down, get off the freeway, the Bay Bridge is down.”  Around High Street, I go to drink with my mechanic Marvin, a tumblerful of Bushmills straight. My house, on Walnut Street in North Berkeley, is unscathed. From my roof I see San Francisco burning. Write music now, ’cause you’re gonna die! Before the quake I swam a mile, I kept singing M’s song, “Young Man Transmogrified.” It is gypsyish, romantic. I always think: “Would W. like it?”
“Outward over matter, he moves guileless, like a deer.”
Did not sleep at home. Too afraid. Went to Toyoji’s in Oakland– on his street, in the headlights, I saw a huge rat. All T’s bookshelves were down and there was glass everywhere. We had a lot of red wine and slept with our toes touching.